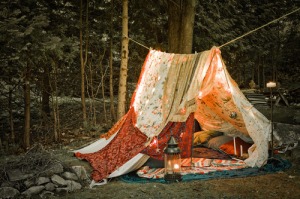 My love-hate relationship with Amazon is getting worse. Independent bookstores are my last refuge away from Kindles, which I aim to avoid. This, I’m aware, is a politically incorrect opinion/decision on the technology front. My resistance, however, is for the benefit of writers and of all the people who are actually working so hard in service of the arts, who care about the outcome of literature in our time, whose voices are nevertheless quashed with the usual rhetoric of ‘benefit,’ ‘competition,’ ‘choice,’ and suchlike terms.

Indie sellers are perfectly in tune with the countering Zeitgeist and the need for a more enduring vision that honors the past as well as continues to promote a rich and humane literary landscape. Contrastingly, Amazon projects the image of care and collaboration to lure competitors into alliances as a means of keeping other stronger competitors at bay. Last year, for instance, Wal-mart and Target dropped the Kindle and sold iPads and Galaxy tabs. Apple and Android are looming in the horizon as the monopoly’s worst nightmares. These attempts to win small fry for business’ sake aren’t going unnoticed.

The proposed cut for indie store owners is insulting, and I’m not surprised it was met with one triumphant collective sneer. Long-term viability for indie sellers remains obvious to anyone who has been in the business: maintaining personal human relationships with customers and keeping that unique edge in providing a safe place away from the noise and the merciless exploitation of writers, editors, publishers, and indie sellers, that undercut the true value of books for e-product profit, which ultimately washes away any sense of what it means to pay a writer properly. For writers, there can even be an odd pride in affiliation with major corporations such as this, but these alliances, while beneficial on the business end, are not actually so in consideration of the totality of the effects. Yes, you are benefiting but who is lessened by your reaping?

These things have a trickling effect the reader isn’t often inclined to imagine, but it is the ad world that informs desire and it is those readers themselves who have little to no ownership of their want and have allowed their desires to be determined for them without much reflection of the consequences. I am glad that when indie sellers shake hands, they mind the handshake, knowing such a hand could one day become the one clutching their throat. This whole movement toward e-readers is a dumb fad of instantaneous gratification and conformity, and a strange leeching off of material resources wasted on excess needs.

We dream of physical books, not sad, disappearing untouchability. At this difficult juncture between seriousness and vapid, rampant conspicuous consumption, when the quiet love of plain paper and ink is dying, the only thing to do is stay resolved not to give in.

Tsvetaeva, in her poorest of days, having nothing to eat and slipping bread from the table of her friends in order to stay alive, was also capable of refusing to read publicly when the remuneration was not right. This bare dignity in the face of hardship astounds and moves me. Now we read for free. But art is not free. It took/takes so much time, attention, suffering, and devotion to make, remake, repair, undo.